1,500 migrants have died in Mediterranean in 2018, Italy deadliest route – UN

UZ student(20) commits suicide after losing boyfriend to another woman

South African police in Gauteng have launched a manhunt for three men following the deaths of five patrons at a tavern.

According to police, the five were killed on Monday at a tavern in Freedom Park, Eldorado Park, south of Johannesburg.

“It is alleged that three armed suspects wearing balaclavas forced entry and stormed into Intaba Tavern, also known as Jabu’s Tavern, near Parkway Drive in Freedom Park. [They] assaulted and robbed the 53-year-old tavern owner of an undisclosed amount of cash and his cellphone,” said Saps in a statement.

The suspects then randomly fired shots, hitting seven people. Five men died at the scene, while another man and a woman were rushed to hospital. The injured pair were discharged on Tuesday morning.

“Police officers who were patrolling the area escaped unharmed after random shots were allegedly also fired in their direction. The state vehicle was damaged as a result of the shooting.”

The police are asking anyone who might have witnessed the incident or has information that could lead to the apprehension of the suspects, to contact Eldorado Park police or call Crime Stop on 08600 10111.

“In the meantime, police have also noted with concern a video clip circulating on social media, purporting to have been captured just after this shooting incident. The person who filmed the incident is called upon to contact the police as any piece of information could add value to the investigation,” said Saps.

“Investigators must work around the clock to ensure that the suspects are found and arrested,” he said. 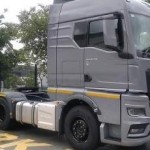 Zim businessman gunned down in SA after catching wife pants down